The Project was constructed by North State Environmental, Inc.

The Project was designed and constructed as a component of the Level IV – Natural Channel Design training course sponsored by the Resource Institute and  Pilot View RC&D and taught by Dr. David Rosgen in October 2011.

In the 1950’s the lower reaches were dammed and piped, 100% of baseflow diverted to recreational fishing ponds.

Eliminated in-stream habitat along project reaches and created a barrier to fish migration into the headwaters of the creek. Along the 340 LF of the upper reach,  channel geometry and slope were modified to improve overall stability, sediment transport capacity, and in-stream habitat.

An 85 LF section of the channel was relocated away from a steep, failing high terrace.  The abandoned channel was maintained as juvenile fish habitat with 10% of baseflow diverted through old channel.  All eroding banks along the upper section were stabilized.

The old low-head dam was removed.  The piped sections were day-lighted and 900 LF of stream channel was constructed across an old field area adjacent to the pond.

Streambanks of newly constructed channel were stabilized with alder transplants harvested from perimeter of fishing pond.

Although 90% of the baseflow is now conveyed by the newly constructed channel, approximately 10% is still diverted to maintain the emergent and scrub-shrub wetlands in the upper pond, as well as the recreational fishery in the fishing pond. 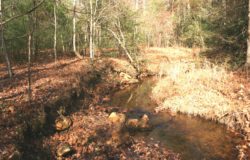 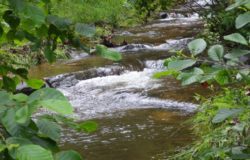 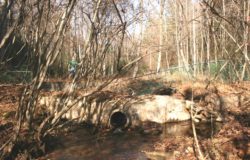 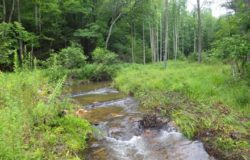 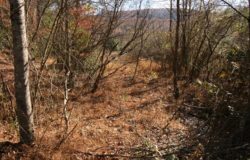 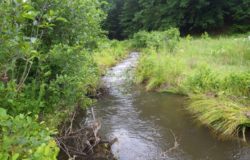 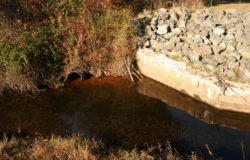 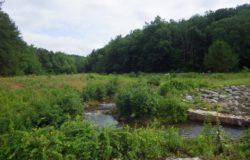